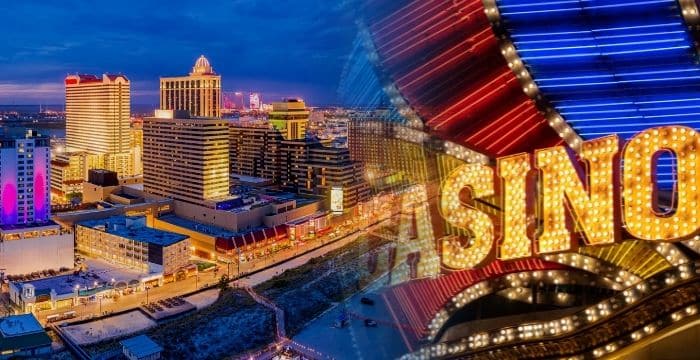 After a 107-day closure last year, many casinos resorted to online games, which continued in 2021 as more players used smartphones, computers, and tablet devices.

The Casino Association of New Jersey’s President,  Joe Lupo, who is also the head of the casino at the Hard Rock Hotel & Casino in Atlantic City, says that the pandemic is still harming the casino industry, with land-based casino income down approximately 5.5% for the year through November. While internet gaming revenue continues to increase significantly, third-party operators are gaining a significant piece of that market. Online gambling, he adds, is a new source of tax revenue for the state and local governments.

Casino bosses claim sports betting, and internet gambling have more than made up for lost income. As of September, New Jersey had surpassed $1 billion in sports betting transactions.

Online gaming and sports betting have their drawbacks, according to Tony Marino, former Atlantic City Expressway executive who now writes a weekly column about tourism and gambling in the city.

From January to November, winnings at seven of nine casinos fell

Except for Hard Rock Casino & Hotel and Ocean Casino Resort, other on-site gambling winnings fell by 22%.

The decline in land-based casinos income prompted lawmakers to renegotiate a casino contribution in place of a tax deal. The bill was signed into a  rule by Gov. Phil Murphy.

Without the deal, four of the city’s casinos would have shut, said departing state Senate President Steve Sweeney. The Casino Association of New Jersey claimed the plan amendments would preserve thousands of jobs, provide clarity and stability to the industry, and improve Atlantic City’s infrastructure and safety.

During the amendment hearings, senators questioned the casino executives’ insufficient information and testimonies. No one from the Casino Association of New Jersey spoke in support of the amendment.

The program adjustments help casinos recover from the coronavirus outbreak by lowering payments instead of property taxes.

But the payments for this year were reliant on revenues in 2020, which fell substantially from 2019 owing to the pandemic.

If the law passes, the casinos anticipate paying an extra $10 million to $15 million next year. Without it, they claim, their payments will double.

The state’s revenue estimates show the casinos’ total numbers increasing this year. The casinos argue that the data is skewed because they include winnings from online gambling, sports betting, and in-person gamblers.

Third-party suppliers, including technological platforms and sportsbooks, must be paid. That’s why the plan exempts those two revenue streams, which are increasing rapidly in Atlantic City’s casino business.

Jane Bokunewicz, director of the Lloyd Levenson Institute at Stockton University, said 2021 gave the industry a chance to innovate. According to Bokunewicz, the Covid pandemic has driven casinos to be inventive, leading to new prospects.

Start Your Own Crypto Gambling Business