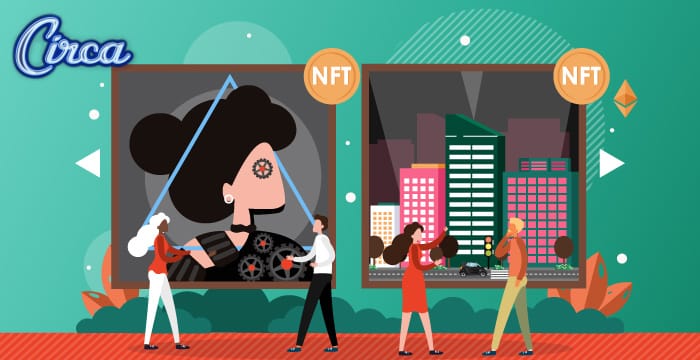 Vegas Vickie’s portrait can be accessed through a QR Code which is right next to the new painting. It is located at Legacy Club on Circa’s rooftop.

Non-fungible tokens also differ from cryptocurrencies as they cannot be used to play online casino games, a concept that is now gaining popularity among community members. Cryptocurrencies like Bitcoin, Ethereum, and even altcoins like Tron are utilized to deposit and play games.

Tron is becoming increasingly popular when it comes to online casino sites. You can click here to know more about the best Tron casino sites. TRON gaming DApps provide a variety of significant advantages over traditional cryptocurrency gambling. TRON’s blockchain is lightning fast, which means transactions are almost instantaneous. You will not have to wait to play, unlike Bitcoin or Ethereum.

Derek Stevens, the Chief Executive Officer of Circa Resort & Casino, issued a statement on this occasion. He said that the casino strives to carry forward important elements from the past and merge them with upgraded or modern elements. Derek Stevens added that turning Vegas Vickie into a portrait for an NFT felt like a lightbulb moment.

The passion of Derek Stevens for the Crypto community is well-known to everyone. He was the first one to accept Bitcoin eight years ago, according to his statements.

Circa Resort and Casino had absolutely no hesitation in entering the NFT marketplace after they were approached by Jason Borbay Borbet.

Jason Borbay Borbet responded by commenting that he instantly fell in love with Vegas Vickie after he visited the lobby section of Circa Resort and Casino. Calling her a timeless and stroking work, Jason Borbay Borbet appreciated the effort invested by the Circa team in refurbishing her astonishingly.

Jason Borbay Borbet is a well-known artist. He is based in Idaho and has been featured by the New York Times, BBC, Wall Street Journal, and Forbes.