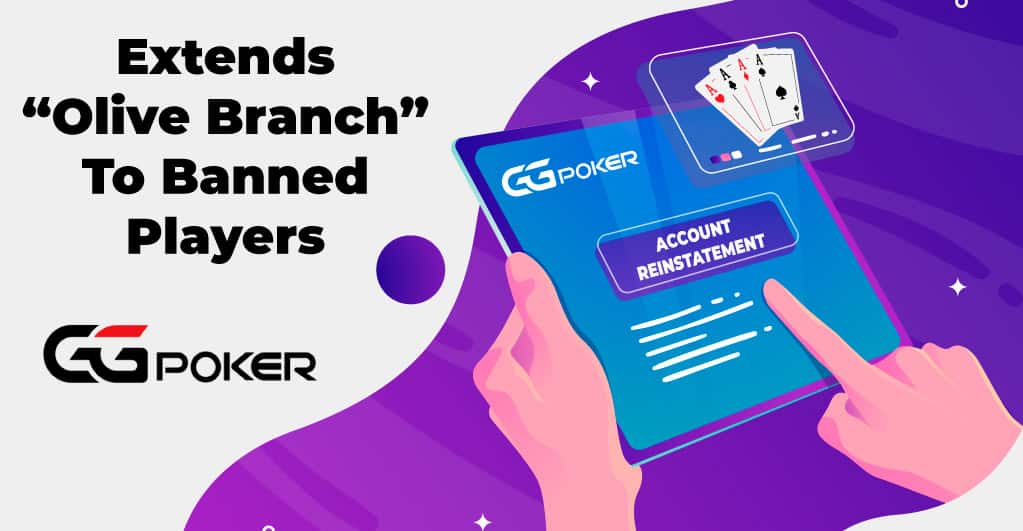 GGPoker is allowing banned players to return to the tables—with certain conditions. This appears to be a softening of stance by GGPoker for a limited period only and opens a window of opportunity for the players to have their accounts reinstated.

In an announcement, just a day before the end of the GG WSOP 2020 series, GGPoker has put out that it will be accepting applications over the next two weeks from banned players who wish to return.

As guidelines to players in the future, GGPoker has detailed what it considers as “good,” “regular,” and “bad” pros. This is seen as an attempt by the gaming company to cool down the controversy surrounding its assertive policy of prohibiting certain players on its premises.

The document also clarifies its approach to banning players. When it will take possession of players’ funds, it will remove any uncertainty about the moves of GGPoker in the future.

In the classification announced by GGPoker, it considers a good pro to be a player who is focused on the growth of the game, streams the game, and is a well-known personality on social media. GGPoker might even recruit them as their brand ambassador.

The regular pro is a player who is result-oriented and continually seeks to improve the game by applying new and innovative strategies. Generally known as a grinder, GGPoker gives these players a clean chit since they follow the rules.

In the third category, the “bad pro” is a person who tries to take advantage of other players by wrongfully exploiting their weaknesses and bullying and harassing them. The result is that the games dry up as honest players tend to leave. Bad pros can also try and get an unfair advantage by using advanced charts and real-time solvers, using them to data-mine, collude, ghost, and others.

Banned pros who want to return to the GGPoker fold have to send several statements by September 5, 2020, through email at security@ggnetwork.com, putting “Application for return to GGNetwork” in the subject line. The previous nickname and the approximate date of the ban have to be informed and a Government-issued ID and recent proof of address have to be forwarded. The information has to be sent by the applicant by email on record with GGPoker when the ban was enforced. After evaluating the documents and approving them, GGPoker will reinstate the account as a real name.