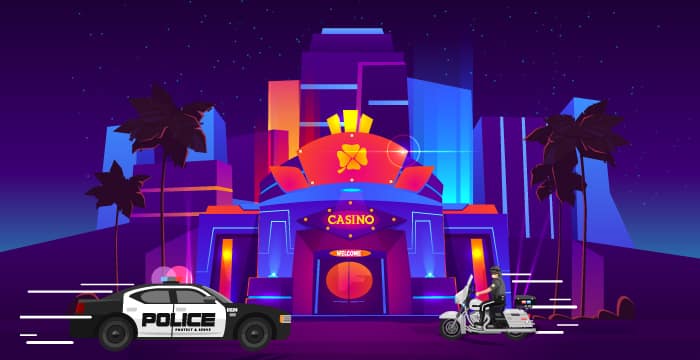 Taking pride as Australia’s top-tier entity dedicated to managing the regulated financial sphere, the Australian Transaction Reports and Analysis Centre (AUSTRAC) has tightened its hold on the gambling industry by expanding its investigation across five casino hubs.

As we already know that the global casino and gambling cluster has been reeling under the plight of complications triggered by the COVID-19 pandemic crisis. To promote social distancing, government authorities forced casinos to shut stop their operations for an uncertain lockdown period in 2020. The second wave of the virus in 2021 crippled the entire business and caused significant losses for the industry. The COVID-19 fiasco and the recent regulatory scrutiny have further deteriorated the situation for casino operators and gambling ecosystems.

Recently, AUSTRAC expanded its domain of investigation to various casino destinations citing some serious non-compliance issues and mismanagement tactics employed by them. After holding investigations for Crown Resorts’ Melbourne venue back in 2020, the authority has now brought its Perth-based casino under the purview of its scrutiny. The team is also reviewing casino hubs of Star Entertainment Group and New Zealand-based SkyCity Entertainment Group after finding violations in their working regime.

The CEO of AUSTRAC, Nicole Rose, stated that the native casino industry is under the dire risk of criminal exposure through the services and products offered by the firms. The inquiry held at Crown venues depicts the sincerity of the regulatory teams. They are also working on framing a compliance structure that would work for the casino cluster.

The accused casino companies have revealed that AUSTRAC was concerned about the strategic regime followed by them for the customers who fall under the high-risk category. The teams are cooperating with the authorities in their investigations. The controversy has caused a severe fall in the share value of Crown as the discount fell by 1.5% in the market space. The firm is looking into various proposals of mergers and acquisitions from multiple entities. Crown has been accused of selling gambling chips more than A$160 Million worth to players paying through debit and credit cards from 2012 through 2016. The casino establishments found at fault will have to pay fines or face license suspension imposed by the regulators.

DraftKings Pledges to Cooperate With the AGA Programme