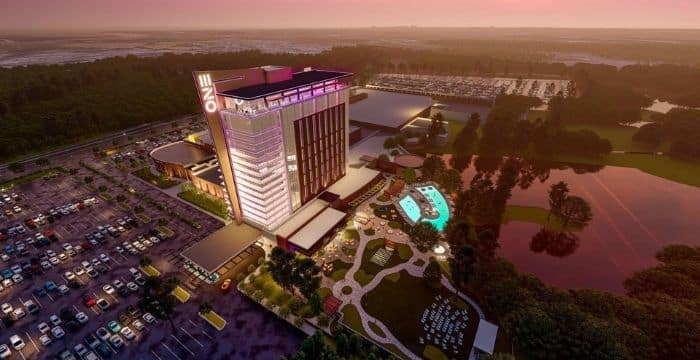 The Richmond City Council adopted plans and contract conditions for a casino resort project that the city intends to place on ballots on Monday, only three months before the Nov. 2 election.

If the ballot measure gets approved by local voters, Urban One will build a 250-room luxury resort hotel and casino on land currently owned by Philip Morris USA near the intersection of Commerce Road and Walmsley Boulevard.

Supporters of the project point to the $30 million in yearly tax income and more than 1,000 jobs it is expected to bring, while opponents worry that most of the money would come from individuals who shouldn’t be losing money to gambling.

Once the measure passes, the city will receive a $25.5 million upfront payment and $16 million in payments to both government organizations and local nonprofits over the next ten years. The $6 million amount will be set to use for initiatives in research work and the city’s Office of Richmond Public Schools and Community Wealth Building.

On-site production studios for television and radio are also part of the expansion plans.

Councilwoman Reva Trammell, who represents the neighborhood where the casino would be built, urged her colleagues and city residents to vote yes.

The City Council unanimously agreed to the terms of the deal with the casino developer after six corporate and nonprofit leaders in the community voiced their support for it. They had spoken during a public hearing on Monday..

Dr. Pamela Royal, a physician, and a city resident, said that it is about the community impact and will help with education and affordable housing.

On the other hand, residents of Richmond are unsure of whether a casino will be beneficial to the community.

According to Quinton Robbins, Richmond for All, a social justice advocacy group, is opposed to the proposal.

After reviewing six casino resort development ideas submitted in response to a call for bids issued by Richmond city, last December, Richmond Mayor Levar Stoney and a panel of officials approved the Urban One project.

FanDuel Expands Its Offerings in New Jersey and Michigan