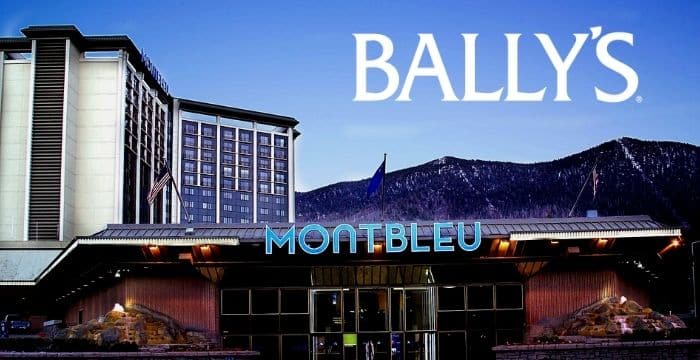 Bally’s Lake Tahoe is the new name for the MontBleu Resort Casino & Spa. The Douglas County Liquor Board, including the Douglas County Commission and Sheriff Dan Coverley, authorized the change on the first of July on being requested by Greg Vorreyer and Timothy Tretton.

On April 7, Bally’s Corporation of Providence, Rhode Island, reported that The facility had been purchased from Caesars Entertainment of Reno, as previously disclosed.

The agreement has It has been a year in the making. Eldorado Resorts said last April that Twin River Worldwide Holdings would pay $155 million for the building and the Eldorado Shreveport Resort & Casino in Shreveport, Louisiana.

The agreement was subject to the conclusion of Caesars Entertainment’s $17.3 billion merger with Eldorado Resorts, which is expected later this year.

According to sources, Twin River Worldwide Holdings bought the Bally’s trademark from Caesars and renamed the company Bally’s Corporation, which explains the recent change from MontBleu to Bally’s Lake Tahoe.

The casino will change its name for the third time in the twenty-first century.

It was briefly renamed the “Nomad” for the film “Smokin’ Aces” during the changeover from Caesars Tahoe to MontBleu in 2005.

The Park Tahoe hotel-casino first opened its doors in 1978, and Caesars bought it in 1980.

The Montbleu is just minutes from Lake Tahoe in Stateline, Nevada. There are 438 rooms in the hotel, as well as a casino floor with 418 slot machines and 17 gaming tables, and 14,000 square feet of flexible conference, meeting, and exhibition space.

In ten states, the Bally’s Corporation owns and operates 14 casinos and a horse racing facility. Bet is one of the firms it owns. SportCaller, a global B2B free-to-play gaming provider, and Works, a B2B2C sports betting platform.